Bugsy and Sprat At The Weekend

Well it's the end of another stressful week at home. Bugsy's appetite wasn't improving as the temperatures became more reasonable so she had a dental on Thursday. Thankfully that did the trick, her appetite is back to normal and most of her medicines are due to stop this week which she will be happy about. Unfortunately she now has a snotty nose for me to worry about.

Sprat is mostly being Sprat, but he has a lumpy face again and is booked for another abscess surgery next week.

At least they are mostly enjoying themselves this weekend, not including yesterdays vet trip (yes, another one). New shenanigans include Bugsy raiding the herb garden, Sprat trying repeatedly (and very nearly successfully) to get his head stuck in the watering can and both of them adventuring around parts of the house they are not exactly supposed to be in (or so Anouska tells me). So pretty much a normal life with rabbits. 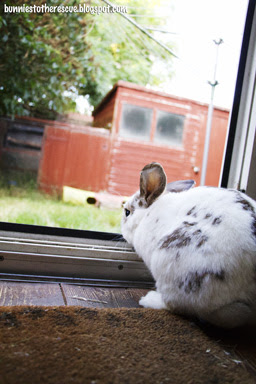 "Remind me why I'd want to go play in the garden when all the treats are in the house? All there is out there is grass! Who would want to eat that?!" 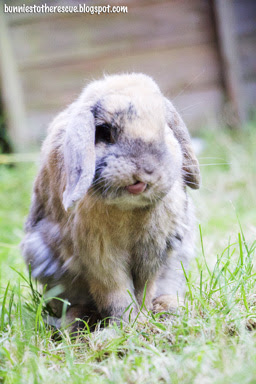