"Whisky Bunny here, just thought I'd fill you all in on what I've been doing today.

Well first of all was breakfast, which being Sunday was several hours late. Although my human wandered out of his room around usual breakfast time, he mumbled something incoherent and had that funny smelling breath he always seems to have after a Saturday night, then went back to bed! The cheek!

Well anyway, breakfast finally did appear and after that I had the usual indignity of being stuffed in that steamy plastic box. I think it's supposed to make me breath better, which is fine, but I don't really like being shut in it when I could be getting on with some bunny stuff. I've tried sticking my face up against the bit where the medicines are pumped in so I can take them in more quickly, but that doesn't seem to get me out of it any sooner, so instead I'm trying putting on my vulnerable cute face when the human opens the box to make him feel guilty. What do you think, does this say 'I'm too cute and fluffy to be stuffed in a box!" to you?" 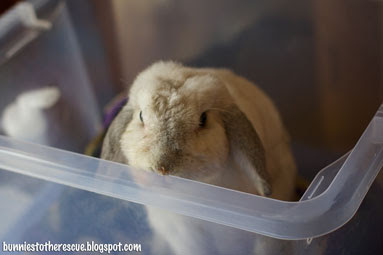 "After the box thing it was already mid morning, so it was beyond time for a nap. Luckily, there was still plenty of sun by the window to laze in!" 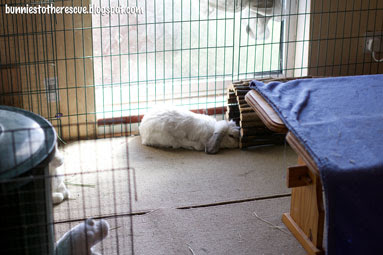 "On Sundays when the human messes up my schedule, I feel obligated to return the favour, so I wait until he finally starts doing something productive in the house and then demand to be taken out into the garden! Had a bit of a race around today, much warmer than it has been for weeks, but mostly I was just larking about to bug the human and stop him getting on with whatever boring human stuff humans do." 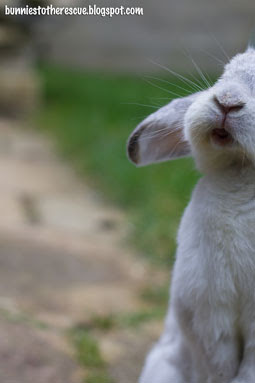 "Sunday went a bit downhill after that. As I was demanding my prize for fastest four-legged garden lap for the day, the human spotted some of my loose fur he wanted to brush. Fortunately he's older and slower than me, so I ran under the table and stayed there until he got bored and went to clean something of his. Stupid humans." 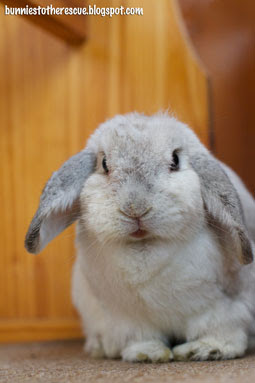 "Of course there was dinner and more being stuffed in the box later, the human obviously didn't get the message earlier about the box thing. The human has also decided that since it is warm enough for me to change coats, he would too, so he spent some time faffing around taking the snuggly layer out of his winter coat to turn it into a summer one. I guess that means I won't need my warm scarf anymore this season, the one that Auntie Jane sent, so I'm wearing it one last time today before I put it away until the cold weather comes back. What do you think? Handsome?" 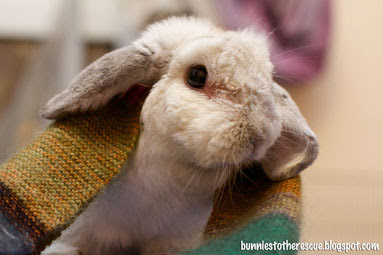 "Well that's about it from me this week. Hope you are all having a good weekend and that your week ahead is full of joyful things! Bye for now!"

Posted by Bunny-Hugging Volunteer at 20:38