The Last Days of Jemima 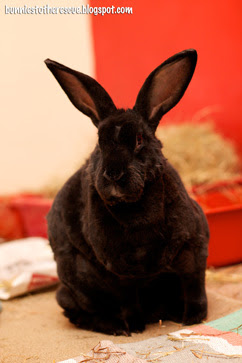 Today it has been two years since I said goodbye to my dear friend.

Jemima's last week was very difficult for both of us. As the tumour in her chest continued to grow at an alarming rate, her front left leg was being pushed outwards making it difficult for her to walk on it. The vet had warned me it would get to a point where there would be nothing left for her but pain and when I thought we'd reached that point we would have to say goodbye. Knowing you will be responsible for deciding when your best friends life will end is a very difficult thing to live with, but I tried to push those thoughts out of my head as I did everything I could think of to make the most of our last days together.

One of my happiest memories of that week was when I introduced her to the hidden treats game. I had bought it as a present for Megan, who used her sharp Dutch intelligence to solve the different levels. Jemima, in typical Jemima fashion, initially threw brute force and determination at the challenge, but that wasn't as successful a strategy as she'd hoped and she soon caught on. In the middle of such a terribly sad week, to see that beautiful black bunny throwing those plastic pegs about to get at the treats was just the most joyful and hilarious thing. 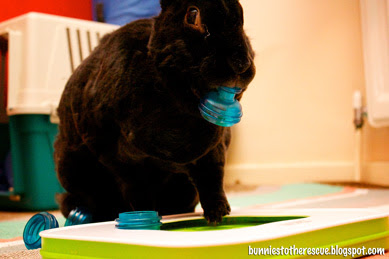 In the end she took responsibility for taking the difficult decision away from me. She started to show signs it was getting worse late in the evening on 25th March 2013, not wanting to use her leg at all and only showing a passing interest in food. The next morning I found her lying with her head buried in a corner not wanting to come out, the pain had come on very quickly and she had had enough. We took our last car journey together and after a few minutes wait that seemed to last for hours we went in to see the vet. I got to see the pain, and then the last of her life, fade peacefully from her eyes right there in front of me. Our time together was done.

Oh Jemima, you were such a wonderful and unique soul, I hope you knew how much you brightened every day you were in my life. Even your insistence on modifying all my clothes with extra chompy holes made me laugh! I love you and miss you every day. Binky free my wonderful friend. 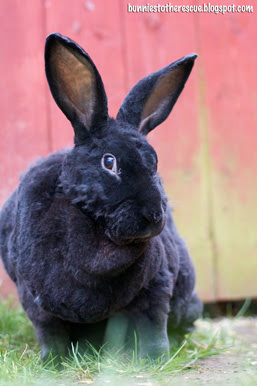