One rabbit that has featured in the blog in the past is Miley, alongside her big and popular husbun Nelson. Both rabbits lived in one of our fancy Special Needs Units, mainly due to Nelson's continual poor health that often was a consequence of his previous mistreatment, and ruled the grass area alongside. Whenever their door was opened they automatically assumed it was time for them to run around, regardless of whether or not it was actually their turn. With Nelson requiring a lot of exercise as a large breed rabbit and to build up his weakened muscles, they usually got their wishes and so they became two of the more well known characters around the rescue.

Unfortunately, after Nelson's unexpected passing at the beginning of August, Miley had to give up her coveted SNU in favour of various other special needs pairs and was clearly lonely and anxious without him, however as well as the summer months being by far our most busy time of year in other areas, her chronic dental issues and development of ear abscesses requiring daily treatment meant she was not considered suitable for putting through bonding at that time.

Sadly, after surgery that was designed to correct her ear abscess issues, complications arose that meant that last Saturday a decision had to be made and I regret to inform you all that despite our good intentions in trying to prevent a lifetime of daily health care, she is now reunited with her Nelson. 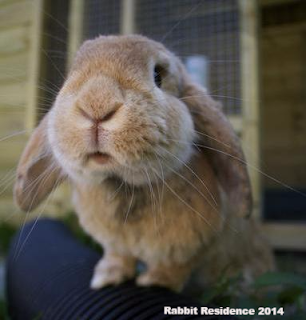 Binky free Miley, I hope your new grass area is big and lush.