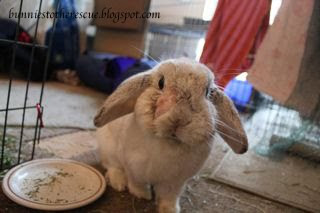 Posted by Bunny-Hugging Volunteer at 21:51 No comments: 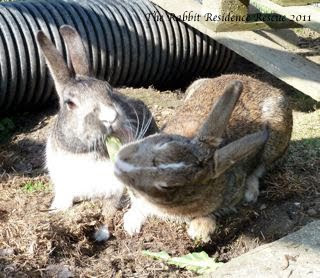 "Quit it Thistle, these are my breakfast noms!" 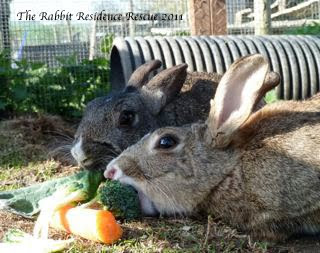 Long time residents Thistle (left) and Tansley (right) enjoying some tasty veg snacks together. An all too common story, they are the result of an un-spayed doe who escaped from her garden and "got it on" with the locals before returning with a surprise for her parents. Sadly not many people want rabbits with wild genes in their mix as they tend to be more cautious of humans. But after so long with us these guys are pretty bold, especially when you're holding the snack bucket!