The baby bunnies have finally all been named! 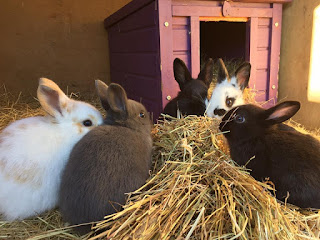 So cute, but they're growing up so fast as they're now 5 weeks old.