Two of our lovely group of Rex buns have now been in their new home for a year. For those of you who remember we had a group of 11 baby Rex bunnies (mostly caster colour) handed in around August 2011 – they were two accidental litters fathered by the same dad – an owner had two girl buns and was given the third bunny and told it was also a girl...

The first pair of these beautiful bunnies (Columbo and Lassie, renamed Marple) went to a new home in December 2011. They have a lovely 8ft by 8ft roofed aviary, with a 7ft x 2ft x 2ft hutch, plus they get supervised playtime on the grass in part of the garden. One year on, here’s a few photos of them enjoying their forever home. 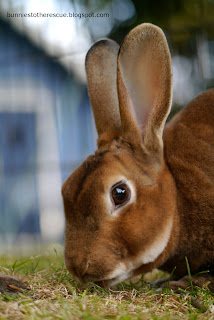 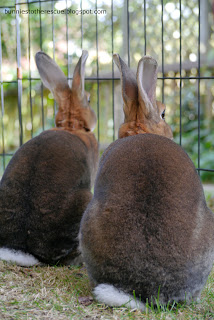 "So how do you think we're supposed to get to those juicy weeds over there?" 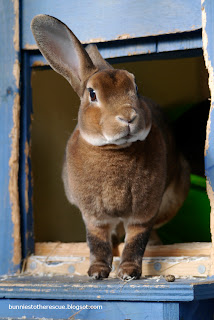 "Thou shall not pass!"

Posted by Under-the-thumb Bunny Mum at 14:13