Last Sunday Caroline rescued some rabbits. Although the rescue has been closed to new intakes for several months this was a situation we couldn't turn our backs on.

A family of rabbits had been living rough in a well meaning ladies back garden, they had been breeding and many of the baby rabbits were being killed by neighbouring cats.

At 7 months pregnant Caroline spent four hours on her hands and knees in brambles and managed to catch four of the six remaining rabbits, two does, Florentina and Faye, buck Frankie and a tiny baby weighing just over 200g, Flounder. 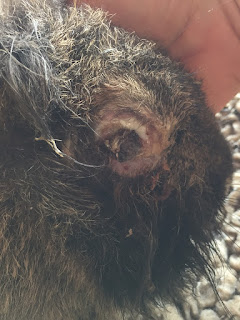 Sadly Florentina had multiple untreated abscesses and had to be euthanised. Faye and Frankie appear healthy, although Faye is currently on pregnancy watch. 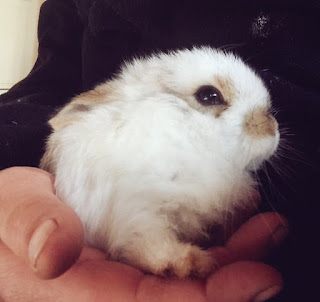 I went back to the property in the hope of catching the two remaining babies only to find that the other tiny baby hadn't been seen for nearly two days.

This left one little bunny all on his own. A gorgeous little black lionhead who stared at me contemptuously from the bottom on the garden. I spent three hours in the freezing rain until eventually I caught the remaining baby. 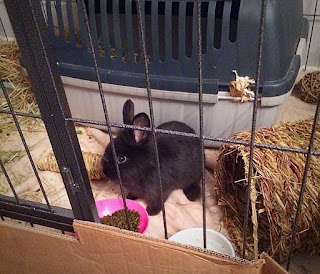 Caroline healthchecked him and he's been vaccinated too. At 720g he's much healthier than poor little Flounder too.
I've named him Fury, as he reminds me of 'Toothless' and I'll be fostering him until he's old enough to be neutered, bonded and rehomed.