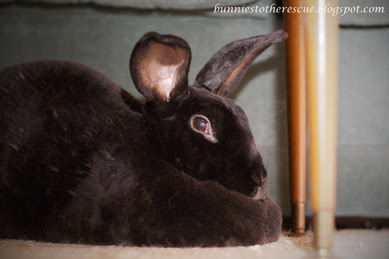 It seems that every time I book a week off work, bunnies know. I don't know how they know, whether they've hacked into my Outlook calendar or whatever, but they know. They save up their illnesses and just as I'm trying to decide which exotic location to carry myself off to, they decide for me:- the waiting room at the vets.

I took Elvis in for what I thought was a simple case of GI stasis Thursday morning, not having eaten anything in front of me since Wednesday morning. But the vet felt something out of place in his tummy and the next thing we knew he was spending a few days highly medicated and under constant observation while they tried to figure out what was up and we waited for him to poo. There were x-rays, scans and second (even third) opinions. It really took my emotions somewhere I don't like them to be. It didn't help at all that I'd been through this a number of times before with other rabbits, having experienced both happy and tragic outcomes.

His first nights stay I went to visit him to cheer him up, but he wasn't really interested in seeing the person who'd abandoned him there. So the second night Jemima went with me and sure enough his mood was much improved. He'd been moved from the small animal ward into one of the big dog enclosures, which meant they even got to hang out and snuggle for a bit. And more importantly, there were poos!

When I brought him home yesterday, accompanied by a selection of medicines to get him through to his next appointment, I was looking forward to seeing him back with Jemima enjoying the garden. What I didn't expect was that their happy reunion would break down the moment Whisky peered into their run to welcome Elvis home. Elvis and Jemima turned on each other and wouldn't quit. Jemima had to spend the night indoors.

I had hoped today (Sunday) would be much better, but unfortunately things got worse. Jemima lunged at Elvis on first sight and I had to separate them again. Just as I was about to take her back indoors, Elvis slipped past me and they tore into each other again with great ferocity, drawing blood and leading to vet trip number five (in four days).

So another night with Jemima sleeping on the floor tonight and I am really, REALLY hoping Monday is a little quieter and, at the very least, free from further trips to the vet. 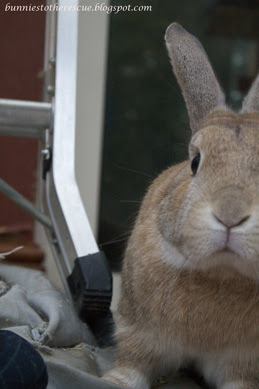