So, who watched “It’s a wonderful life” over Christmas? I’ve only watched it through twice and I’m not really that into old films but have to agree when people say this is a classic. The first time through was some years ago. The second time I watched it was at an open air screening whilst on holiday visiting my brother just over a year ago - picture me, him and my hubby on laid back deck chairs looking up at a big screen on a warm evening in an isolated town on the north western coast of Australia eating cheese and crackers and drinking bottles of beer (whilst my bunnies spent a nice holiday with Caroline at the Rescue)...

This made me laugh, a lot, given who one of my fav foster buns (now adopted bun) is. I now often call him ‘my angel’. 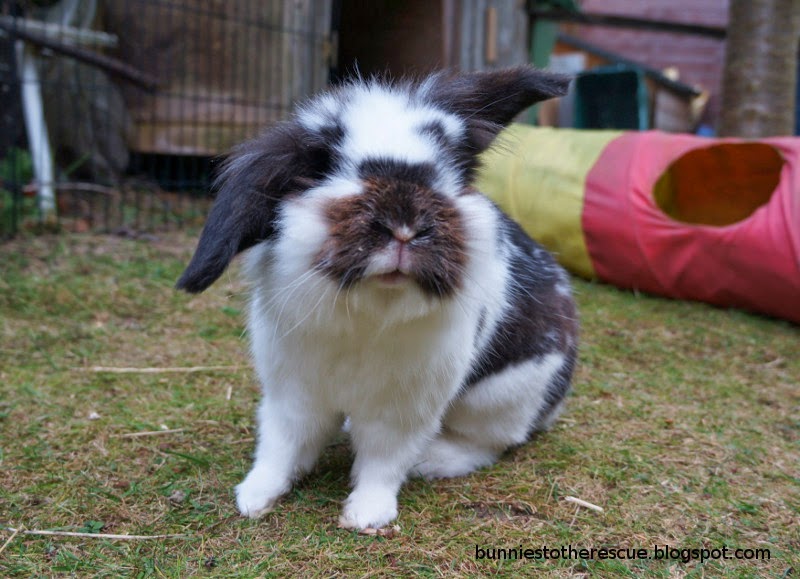 “Of course I’ve got the IQ of a rabbit! Is that supposed to be a bad thing? Us bunnies are very clever you know!”
Posted by Under-the-thumb Bunny Mum at 06:30