It is amazing to think in 2011 Tansley and Thistle were nearly indistinguishable from each other. One thing is for sure, even if the resemblance has melted away a little over the years that Thistle has been unwell, the brotherly love endured. 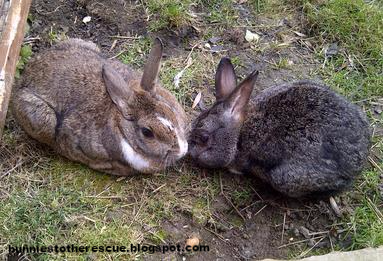 We knew that Thistle did not have long left- having suffered from E Cuniculi for many years, his body was beginning to fail and his weight dropped drastically. The only thing stopping us from letting him go earlier was his continued zest for life. Even in the last week I saw him in his grass enclosure more than his brother, dining al-fresco and sunbathing. We knew an ethical decision was looming, but on Wednesday little Thistle took it away from us and passed away naturally during the night.