On the same day that one of my favourites left us forever, another one came back.

Having beaten up her potential suitors at the Warren Bunny Boarding, my dearest Skyla ended up as part of an exchange, allowing Sherman to take her place with a home lined up for him, provided he can court a woman and behave himself.

Having lost her husbun, actively resisted having a second one and then had to endure what turned out to be a three hour journey back to my house, it was not surprising that Skyla wasn't in the best of moods when she arrived. 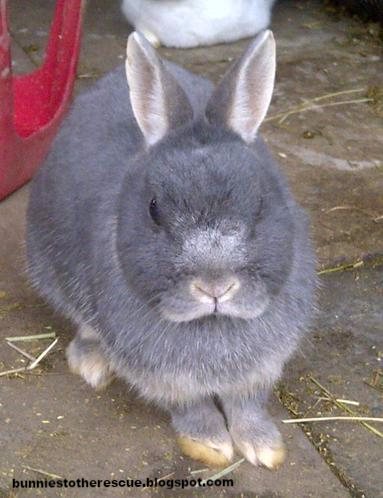