As it is a busy holiday boarding season at the Rescue, we are taking in another foster pair at home for the rest of August. I asked Caroline to choose which bunnies might be most suitable for a three week holiday and she decided on these guys, who arrived yesterday to take up residence in the garden.

They are a little bit nervous, but not excessively so, and have pretty much settled right in. However, we have a slight issue to overcome in that David has had a grudge against me ever since one day at the Rescue when I had to pick him up to check a lump on his nose. There was some staring and poking (me), some stomping and grumbling (him), basically he was entirely unimpressed with the whole incident. He has gone out of his way to avoid me ever since so we have some trust-building to work on. 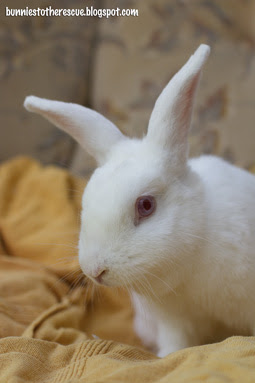 "Loving the run! But can you maybe turn down the sky sprinklers a couple of notches?" 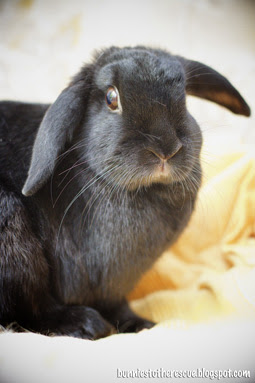 "As you can see, my nose is perfectly fine now, so make yourself scarce until it's time to make with the dinner snacks."
Posted by Bunny-Hugging Volunteer at 17:06