On 24th December 2010 my own fluffy family went from two to four. Where previously the only bunnies indoors had been fosters, now I had my very own house rabbits - a beautiful, sweet Dutch named Megan and her crazy, adorable loppy husbun Whisky.

Four years on, he's still here causing chaos. And I love him for it. Happy Adoption Day my little boy! 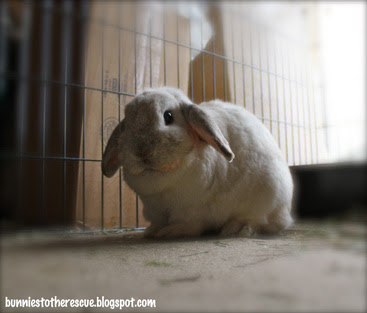