Two summers ago this month I had one of my favourite family of fosters staying at home with me - Salsa and her litter of 6 kids Picante, Noelle, JJ, Browncloud, Boz and Silvio. Salsa was a beautiful rabbit and her kids were all wonderful characters, they were a joy to look after. Each of them looked very different from one another, only Picante bearing something of a resemblance to her mum, and each had very distinct personalities. One of the boys, JJ, soon established himself as one of my favourite fosters ever - massive personality, lots of energy, very confident, wouldn't take any nonsense.

After a scuffle with one of his brothers I had the job of giving him daily antibiotics and cleaning a small wound - JJ wasn't impressed and made it into an extreme sport, dealing out enthusiastic warning nips to any hands that came near, snatching the syringe and throwing it across the room. Don't get me wrong, he wasn't aggressive, but as far as he was concerned he'd told me he didn't want to play the medicine game and was just annoyed that I didn't care. Handling him was very challenging but outside of those moments he was very humanised, liked the attention and company and was always getting into everything. I think that's part of why I loved him so much - you were never bored or took him for granted and he always rewarded your efforts by being friendly and highly entertaining. I don't think I've ever had a foster rabbit I've wanted to keep more, but unfortunately Whisky took a particular dislike to him and, around here, what Whisky says goes.

Well anyway, Salsa found love and went to live with one of our volunteers. Several of the others became partners of other RRR residents. Noelle and Picante were re-homed as partners to owners rabbits. JJ was for a while a complete pain when meeting other rabbits, like with us humans he had zero tolerance of their nonsense, but eventually went home with Noelle's new owner as partner to one of her own does. So that was that, and I thought I'd probably never see him again...

But look who came back to find a new friend?! 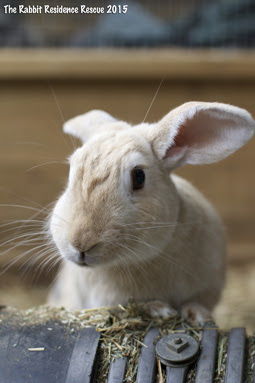 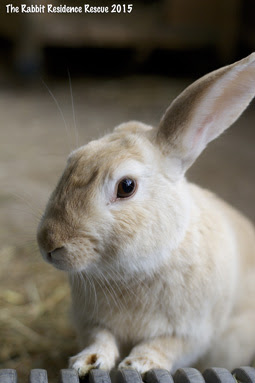 "Ha ha, only joking, I'll let you keep all your fingers intact (for now)!"

And if that wasn't exciting enough, look who his new partner is! 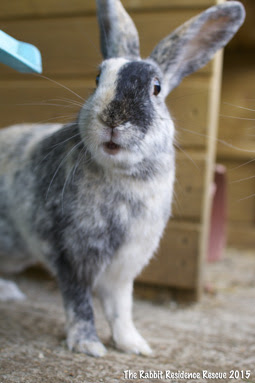 "Hey, let's translate that excitement into some treats, eh?"

With JJ and Noelle having both lost their partners recently, they came in a few weeks back to try each other out on neutral territory and soon became good friends. 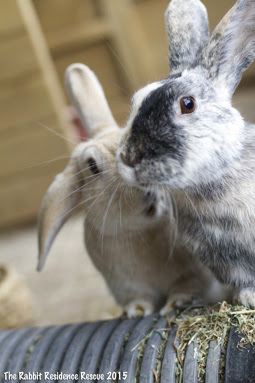 "Hey sis, shall we go have some more fun winding Archimedes up, or should we just strike some dramatic and coordinated poses to show we're bonded now and head home?" 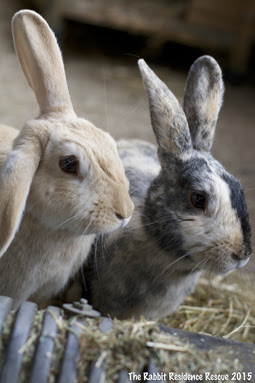 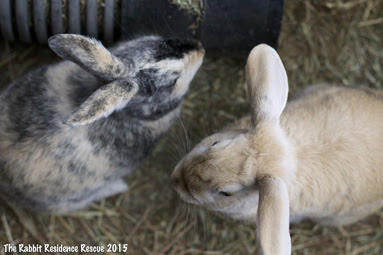 "Now, which way was it back to our human's house again?"

But that's not all - as they were wandering around the Rescue getting to know each other again (and no doubt catching up on all the gossip with their brother, permanent resident snuffler Browncloud), looking over their bond was a very special boarder on holiday with her partner: 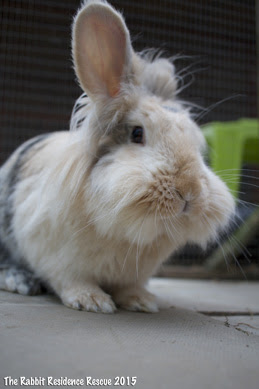 "I'm here to make sure they behave. And for a holiday of course! Can you point me in the direction of the poolside bar?" 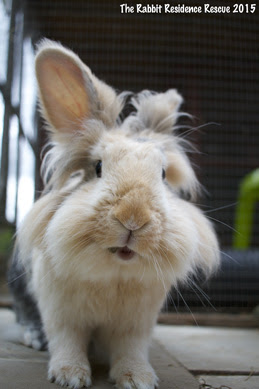 "Oh, and while you're at it, bring me a few more of these appetisers - I'm going to need something to soak up the carrotinis..."

This month has been tougher than usual as on top of my regular duties I've been helping cover DIY while super-volunteer Ian was on holiday. But despite all the hard work it has been a genuine pleasure being on site because I've been able to hang out with all my old friends! It's certainly been fun and I look forward to hearing about all their future adventures!