Love is back in the air at the Rescue with the arrival of four single boys that have been trying their luck with the ladies. First of the boys on a date was Gadget, whose attempts at courting the focus of his affection involved a lot of nonchalant hopping around the enclosure, apparent teleportation and slowly creeping up on her when she least expected it. Somehow this worked and since his new wife is an owner's rabbit, his charm has also won himself a new home at the beginning of next year. Well done little man. 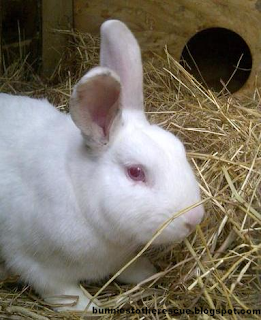 "So you see, next time you want to court a lady, just appear out of nowhere and sniff her bottom. She won't be able to resist, take it from me."