Last year Whisky had some pretty hefty surgery to remove a sizeable ear abscess, which effectively closed off his left ear and lost him the ability to move it. The area of the surgery ran so close to the facial nerves that there was a high risk of him having temporary loss of movement in that side of his face, causing a droopy eye and mouth, and some risk of longer term damage. Thankfully, though he did indeed have problems, and his recovery was difficult for both him and me, his eye and mouth returned pretty much back to normal.

More than a year on and recently Whisky has suddenly found himself with difficulty picking up his food. When the vets examine him, lifting his head causes his tongue to turn blueish purple. His face is looking more crooked and uneven than usual, with his mouth pulled back on one side. Touching that side around his nose causes him to flinch.

After his checkup last week, the vet now believes something is happening in the nerves in his face. It is odd that it has come on so long after the surgery and of course there is a chance it isn't even related, but that is what it looks like. The good news from Whisky's point of view is that he is back on the Metacam, which he considers a tasty treat. Thankfully this tasty treat also seems to be making things better, as I swear yesterday his face was starting to look a little straighter.

I mean, you know, on the odd occasion that I saw him with his mouth shut... 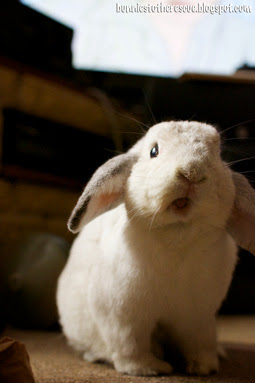 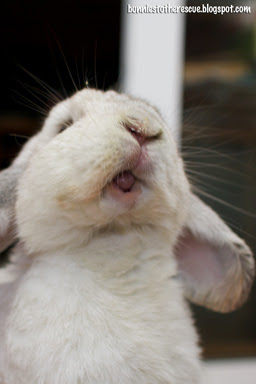