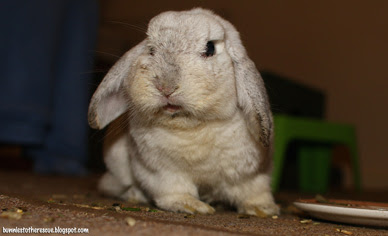 It is with immense sadness that I have to tell you that Whisky has passed away.

Normally when one of our fluffy friends leaves for the rainbow bridge I would tell something of the story of their life and how they have touched ours at the Rescue. In Whisky's case his story, his personality, the crazy things he got up to, they are already here in the pages of this blog. And though I probably never said it here, I'm sure it was obvious to anyone who read his tiny tales - I loved him deeply.

Whisky was booked in for his nasal endoscopy on Wednesday, so the night before we decided to do our Xmas photo shoot. Santa hats, cuddles and lots of motivational treats. Whisky was in good spirits and, apart from the noises in his nose and all the sneezing, seemed in relatively good health. When the treats ran out he turned his back on me in a huff, but I laid next to him and gently stroked his head until he relaxed and let me cuddle him there on the floor. He went to sleep with my arm around him. It was a really sweet moment and one that I will never forget.

Wednesday morning before we left he was properly bright and cheerful. The pellets from dinner the night before had gone (in recent weeks they had been going untouched) and I even caught him eating hay, things were really starting to look up. And they got better - he came through his procedure OK, having two foreign objects removed from the lumps in his nose, most likely bits from the hay and grass that had gotten lodged. All that worry over such a little problem. Just the enlarged adrenal gland left to worry about.


At home, Whisky was groggy and disorientated but that was to be expected after a general anesthetic. His procedure was the last of the day, he hadn't been awake all that long when I picked him up, so he was even groggier and more confused than usual. He wasn't happy with me for leaving him at the vet for the day either so I left him alone for a couple of hours to recover. I'll spare you the details, but it then turned into a long, anxiety-filled night of little sleep for either of us. In the morning he was clearly worse so I put him in the car to rush him back to the vets.

An hours drive later, just five minutes away from the vets, we were stopped at a set of traffic lights. I looked at the carrier and there was his face pressed up against the door looking back at me. I was surprised, usually he spends the whole journey the other end hiding in disgust and/or fear. I told him we were close, the lights turned green and we were off again. A few minutes up the road I heard a noise, but I didn't think too much about it at the time. Another minute I was racing through the door of the vets, carrier in hand, but when I looked inside I realised it was too late, the noise I heard had almost certainly been his last breath. At around 8:40am on Thursday 17th December 2015, Whisky passed away.


We still don't know what finished him in the end. The post-mortem showed no blood anywhere it shouldn't be, no obvious indication of organ failure. The cause of the enlarged adrenal gland turned out to be a cyst. We are still waiting on a few test results but we may never know for sure, and knowing isn't likely to change anything. My beautiful boy is gone.


Whisky, you were the centre of my universe, my little boy, my everything. So long as I have memories you shall be in the best of them. My life will never be the same without you. I hope you are at peace. 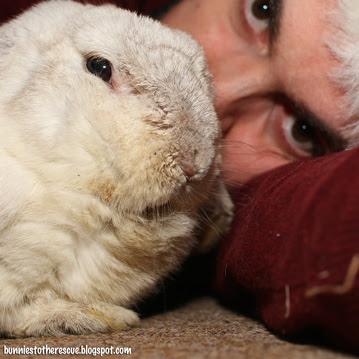