Here's a little tip for anyone thinking of having multiple sets of bunnies using the same room in their house but at different times of the day.

For yesterday I discovered that a far-from-insignificant territorial poo battle had been going on behind the sofas for several days without my knowledge.

A bunny parents job of cleaning up after their little ones is never done. You think you've got to the end, but when you turn around you realise some bun's been following behind you making it all messy again. So thanks guys, it's not like I wanted an early night or anything![huge-sigh] 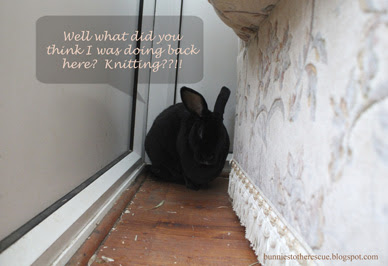