Since the Rescue created the position of Animal Care Assistant a couple of years ago, there have been two of us who have held it. A few months have gone by since I became the one in the job longest and yesterday, the 13th October, was my first anniversary (and goodness hasn't that gone fast!)

Throughout the last twelve months I've seen faces come, faces go, miracles happen and a lot of great British weather, from ice covered gloves to standing under the hose pipe wrapped in wet towels. It's been quite a year.

The Rescue itself has changed dramatically from when I first started volunteering here in 2010- for one thing it has been completely remodelled and not a great deal of the original accommodation remains as it was. We now have bigger and better housing with two large barns and are looking to the future with Caroline's new Furniture for Rabbits initiative and plans to convert a barn into a new hospital space. I have no doubt that this time next year things will be very different again! 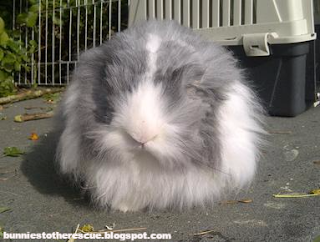