Back With The Boys

My four recent foster boys are still at the Rescue. It is a strange feeling seeing them every week on the one or two days I am on site, a mixture of joy and sadness, seeing and hanging out with my little friends again but knowing that they are still without proper homes. 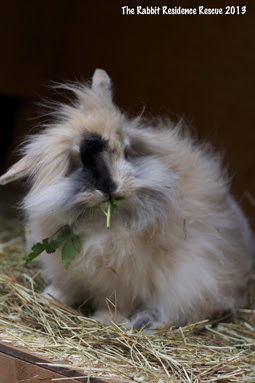 Boz and BC have at least found partners. BC you will remember is bonded with Montana, another super-floofy bunny like himself. And he is now SO floofy in his massive winter coat! Just so adorable, it is such a struggle to stop myself from begging Caroline to let me take them home with me, I just have to keep reminding myself that Whisky would quickly veto that plan! 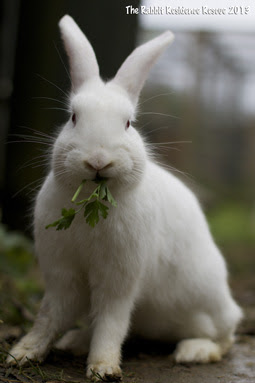 Boz's ear eventually healed so well you would barely notice he once had such a chunk of it ripped and wrecked by his brother. Being a red-eyed-white rabbit, a breed regularly ignored by people looking for partners for their bereaved and singly bought buns, Boz was bonded with another unpopular red-eyed-white bunny called Polar. While easy-going BC and Montana are in snuggly happy-land, Boz and Polar have a more moody, tempestuous affair going on, though when they are away from other bunnies and competition for the best snacks they are getting on well enough. 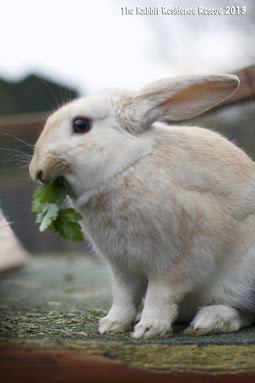 JJ's hyperactivity and super-violent never-back-down attitude have kept him single, despite several visitors taking a shine to him and us trying him out with their buns. I'm starting to think he might be on commission with our local vets, so quick is he to try and send them there. As for people, (not including me) he's only bitten one volunteer that I am aware of, but then she did make the mistake of putting her hand in his cage without asking first! This week he has been out in a bigger space so he can burn off some of that energy. We all love him to bits, he has so much character and fun in him. I'm blaming the hyperactivity for why I STILL haven't managed to take a decent photo of him since he went back. 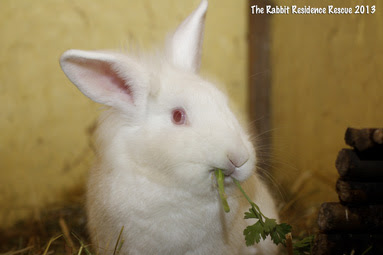 Silvio's loneliness, not having been chosen yet, is possibly also a red-eyed-white thing. But he is such a softy (with people anyway) I think anyone who spends any time getting to know him will want to take him home, so hopefully he will find a family soon. Following a few weeks of difficult bonds, Caroline does have somewhat of a backlog of bondings to get through over the coming weeks so who knows.

Anyway, there you go, my fab four former foster boys, all happy (in their own way), all conning me out of parsley whenever they see me walk by!