No For The Last Time 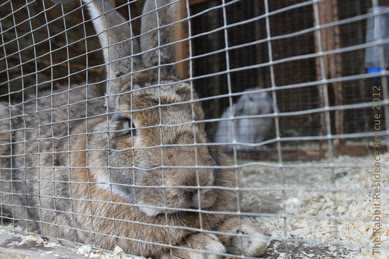 As some of you will be aware either from Facebook or because you got to meet him, Whisky spent the last week at the Rescue trying to make friends with giant bunny Jubilee, who he first met in June. Unfortunately it was not to be, as ultimately he proved too amorous for her tastes and wasn't prepared to have his advances rejected. He also rejected any other buns he met or immediately put them off by being too demanding. After a week of zero progress (on top of the many previous attempts with similarly poor outcomes), we eventually sought advice from some properly clever and experienced bunny behaviourists. They all concluded the same thing - he is probably better off living on his own away from other bunnies that are a high risk to his delicate health and cause him stress.

So my little boy is back home and merrily wandering about the place reclaiming all the furniture. It is frustrating that he is still alone, but I am so very happy to have him home.

The big surprise of the week was how many visitors on Saturday and throughout last week spotted and recognised him from this blog. So a big hello from Whisky to all the fans that he met, especially Jo who spent Saturday morning clearing nettles and trimming the trees at the Rescue.

Well, I'm off to see what my little munchkin needs me to do for him next. He may not be able to persuade other bunnies to bend to his will, but I am forever his indentured servant.