I really wasn't sure how last night was going to go. Although we've had small-scale fireworks going off for several days, the 5th is always a bit nuts around my way. Some years it seems like every one of the neighbours has their own personal fireworks extravaganza, one after the other.

Although I don't have outdoor bunnies to worry about, Whisky can be a bit unpredictable with these things and when they sound as if they are going off right outside his window I can't be complacent. So a close eye was kept on the little guy.

I mostly just try to be around and calm so he knows there is nothing to worry about, keep the lights on so the flashes aren't as significant, have the TV/radio on making noises that he is used to. He was mostly OK, though he did have the odd moment of surprise. Of course he'd ACT like it hadn't bothered him... 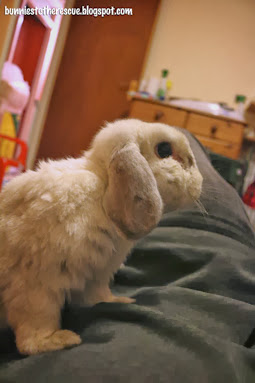 "OMG! Did you hear that? Did the shed just explode?" 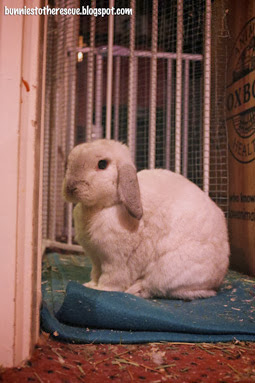 "What? Oh, I don't really care - your stupid video games are louder than that."

Hope all your bunnies are keeping safe in this week of scary noises. Peace and best wishes from Whisky and me.